Once there was a group of knitters that met on Sunday afternoons at Molehill Farm.   Owner Cheryl Huffman retired and closed the store several years ago, but we decided that we weren’t ready to stop getting together. Val Allen, Elaine Blatt and Jill Betts were knitting students of mine who became friends.  Stephanie Fleming joined the group a few years later, after meeting Elaine at work.  As knitting groups go, we are pretty typical.  We all have very different lives and interests, except for knitting, which we all love passionately.  This is one of the best things about the craft, how it will introduce people to each other who might never have met otherwise. 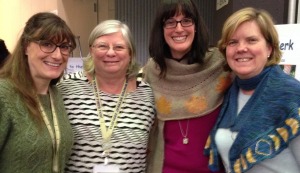 It happens, though, that we all have something in common besides knitting.  Jane Austen.  Big Time. Every book, every character – Val, Elaine, Stephanie and, to a lesser extent, Jill, can expound on them at length.  I like Jane Austen and have enjoyed a few of the books.  But honestly, most of what I know I’ve learned from them – talking endlessly and animatedly about the books, the movies, the conventions, the tea.  So when I got an invitation to design something for the first Jane Austen special edition that Interweave produced in 2011, I asked the group if they wanted to submit something, together.  The result was Elinor’s Tea Cozy  . 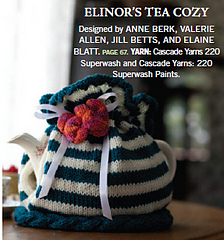 The next year, we submitted Mr. Knightley’s tea cozy.  By this time, Stephanie had joined the group and was eager to participate.  Jill was too busy and bowed out of this one.  The photos here are of Sholeen’s version, from her Ravelry page. 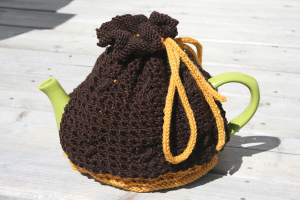 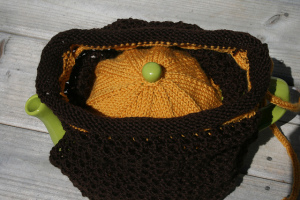 We loved the idea of doing a series of tea cozies, which were fun to design and knit.  But the following year found me buried in writing “Annetarsia Knits”, and the rest of the women were also experiencing difficult work schedules and life changes.  We decided not to submit anything. When the next JAK came out, Fall 2013,  Joanna Johnson had done a super-cute tea cozy, the Cottage Tea Cozy. We were very happy that someone had picked up the slack.  But suddenly, we wanted to get back in the game.

So, this year we got together and brain-stormed about what we were inspired to think about what Jane Austen would knit.  I was finished with “Annetarsia Knits” and ready to concentrate on a team project.  Similarly, life had quieted for the rest of the group.  So we worked together to create a tea cozy that would be fun to knit and have something that could be knit by a family or friends, with several parts.  The body of the tea cozy was to look like a basket filled with flowers.  We all participated in swatching and knitting.  We divided up the yarn, and communicated by e-mail as we worked on patterns for the flowers.  When we finally got together to assemble the project, it was amazing to see it come together. 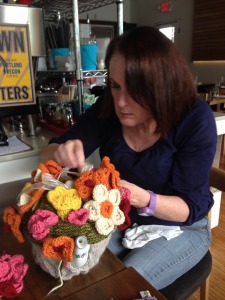 Val Allen arranging the flowers, as we select which ones to send in to Interweave for the Jane Austen Special issue. 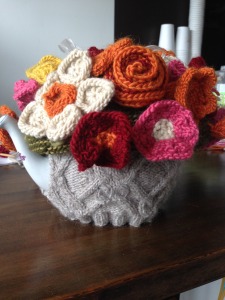 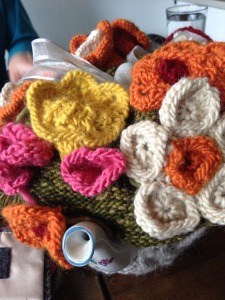 Maybe it is because we took a year off, and maybe it is because we have all been through so much together through the years.  Maybe it is because we have known each other since I was just starting to teach knitting and they were just starting to knit.  Maybe, for me, it is because the book was finally done and I could work on something that wasn’t Annetarsia!  But designing and knitting this project was one of the most fulfilling and meaningful experiences I have ever had.  I am very grateful to have good friends to knit, create and have Pride and Prejudice marathons with.  Through all of the knitting fads, changing hairstyles, health issues and life challenges,  we have been there for each other.  I love you! 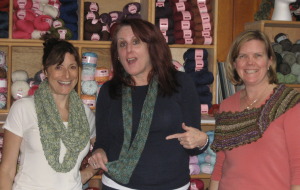 The time we all made Moebius scarves. Anne, Val, and Elaine, at Molehill Farm 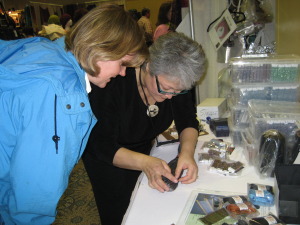 Elaine picking out just the right beads for a project, at Madrona, 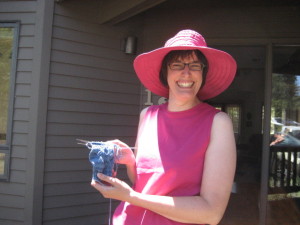 This was a sock we were all knitting on for someone. I think it was for Elaine’s birthday? Look at how cute Jill is! 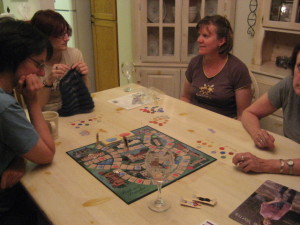 Jill, my daughter Deborah, Elaine and Val. We were playing a Pride and Prejudice board game…and knitting, of course! 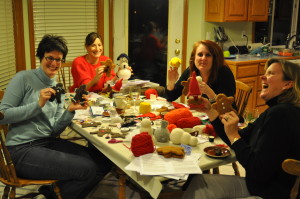 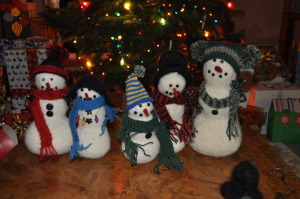 The year we made felted Christmas toys. 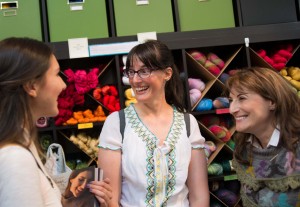 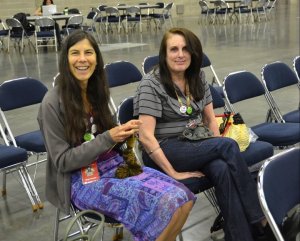 Stephanie and Val at Sock Summit 2011 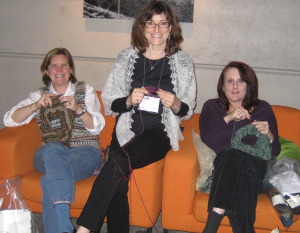 Elaine, Anne and Val, knitting on the Madrona couch. 2012?