It took me almost 50 years to find a sport that required no skill, but better late than never. Over the past several years I have become a dedicated distance runner.  Knitters understand the power of repetitive motions, and how doing small things over and over can get you to amazing places.  In running, you just have to keep putting one foot in front of the other.  I ran my first Portland marathon in 2007. My 2nd Portland marathon time qualified me to run in the Boston marathon.  That seemed a terrific way to celebrate turning 50, so I went for it.  Since then I have run a marathon almost every year, usually the Portland marathon because it is held where I live, so that’s easy.  I missed a year because it conflicted with teaching at Interweave Knitting Lab, and I missed 2014 because of injury.  Even with sporadic races, I’ve managed to collect a bunch of medals. 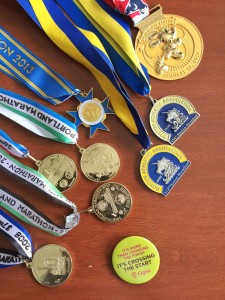 The distance is the same for every marathon (26.2 miles, and that last .2 is THE WORST), but Boston is special.  Participating in that event, with the best runners in the world, is an amazing experience.  My second blog entry was written after the Boston marathon bombing in April 2013, and I expressed my feelings about it Here.   I’ve qualified for Boston every single time I’ve raced, and I have actually run twice – in 2008 and 2010.  The first time I just wanted to see if I could do it.  I decided to go again in 2010 because the first time I was so dazzled that I didn’t remember it very well.  In 2010, I took more time to watch and enjoy the crowds and atmosphere.

This year I’m coming back from injury, so my training has been cautious.  I have a pile of shoes that I alternate, and orthotics to support my feet.  I keep track of miles, times, terrain and what shoes I wore on a calendar.  Regular massages with Tara at Manual Medicine are keeping my muscles in shape, and I am doing as much yoga and stretching as time allows.  I am immensely grateful to be running again.  I know that my time will be much slower as I keep getting older (don’t you hate how that happens?), and after coming back from injury.  It is not fun to see yourself stop improving, and then actually get WORSE, but that isn’t a reason to quit.  I am determined to keep crossing that starting line and be grateful for the opportunity.

I have an angel helping me with that committment. My virtual running partner is Chelsea King, a runner who tragically lost her life too soon.  Her family’s foundation, Chelsea’s Light,  works to make young women safe to pursue their lives and dreams without fear.  When I am running and getting really tired, I think of Chelsea and I keep running because she can’t. 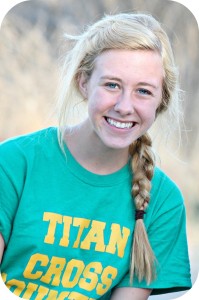 Life is precious, too precious to waste.  So, find something you want to do and take the first step.  Then, just keep going.  Because you can do it! 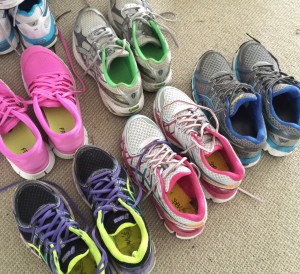 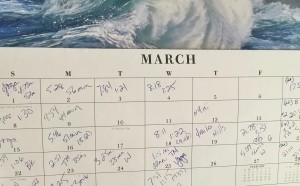