On our last day in Edinburgh, we decided to take it easy, anticipating the long flight home.   Edinburgh was in a holiday shopping mood, and Black Friday was spilling over into Saturday (and we thought we had escaped the madness!). Somehow everything is more fun when you are not at home, and definitely more fun when everyone has a Scottish accent, so we joined the crowds.

First was breakfast at Starbucks. 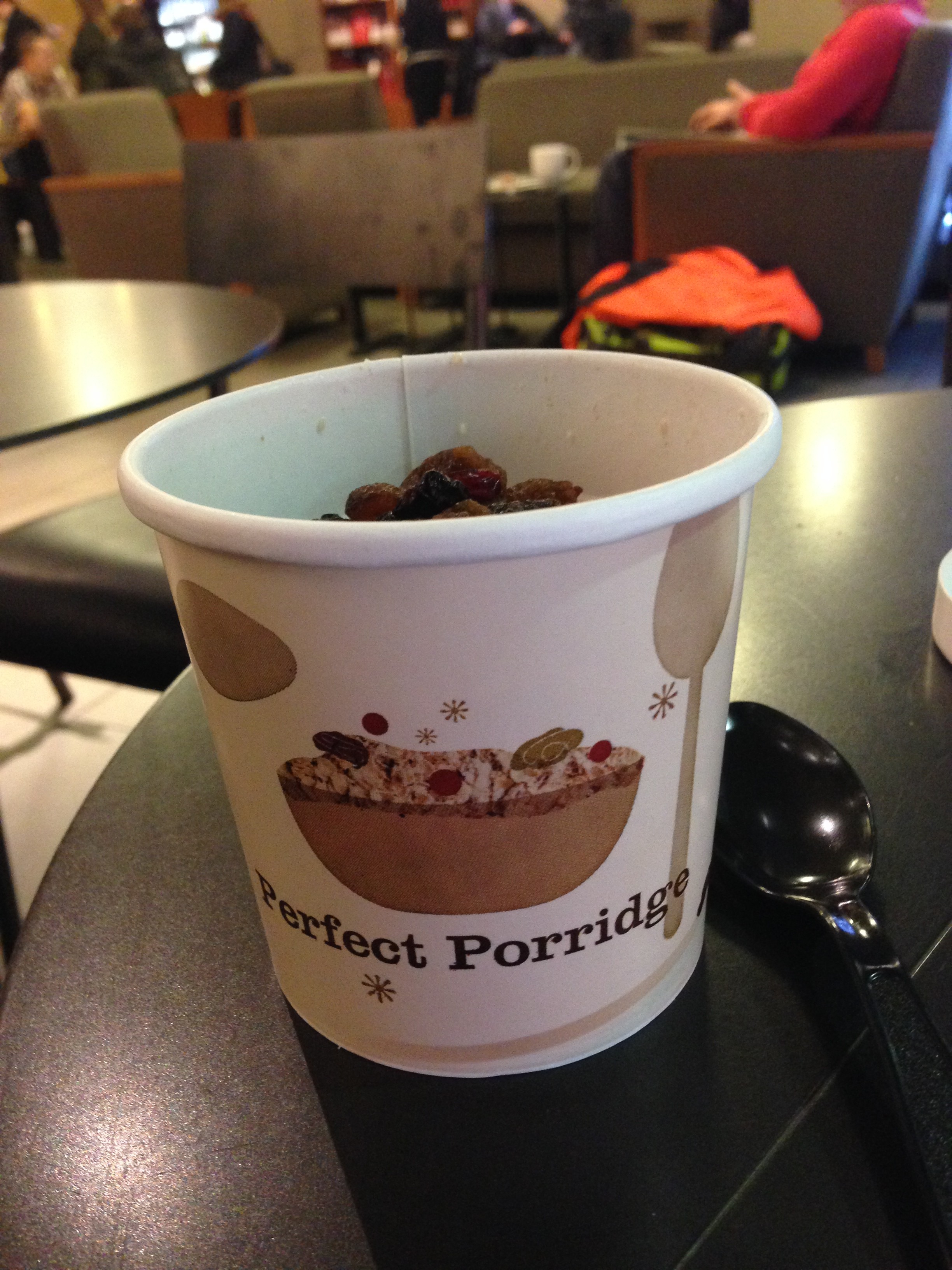 The oatmeat in Starbucks tasted the same as at home, but they add more water than we do, and call it “Porridge”. I think I may start doing the same thing. Does it seem fancier?

Then we walked up toward the Royal Mile, which is the road between Holyrood Palace and Edinburgh Castle. 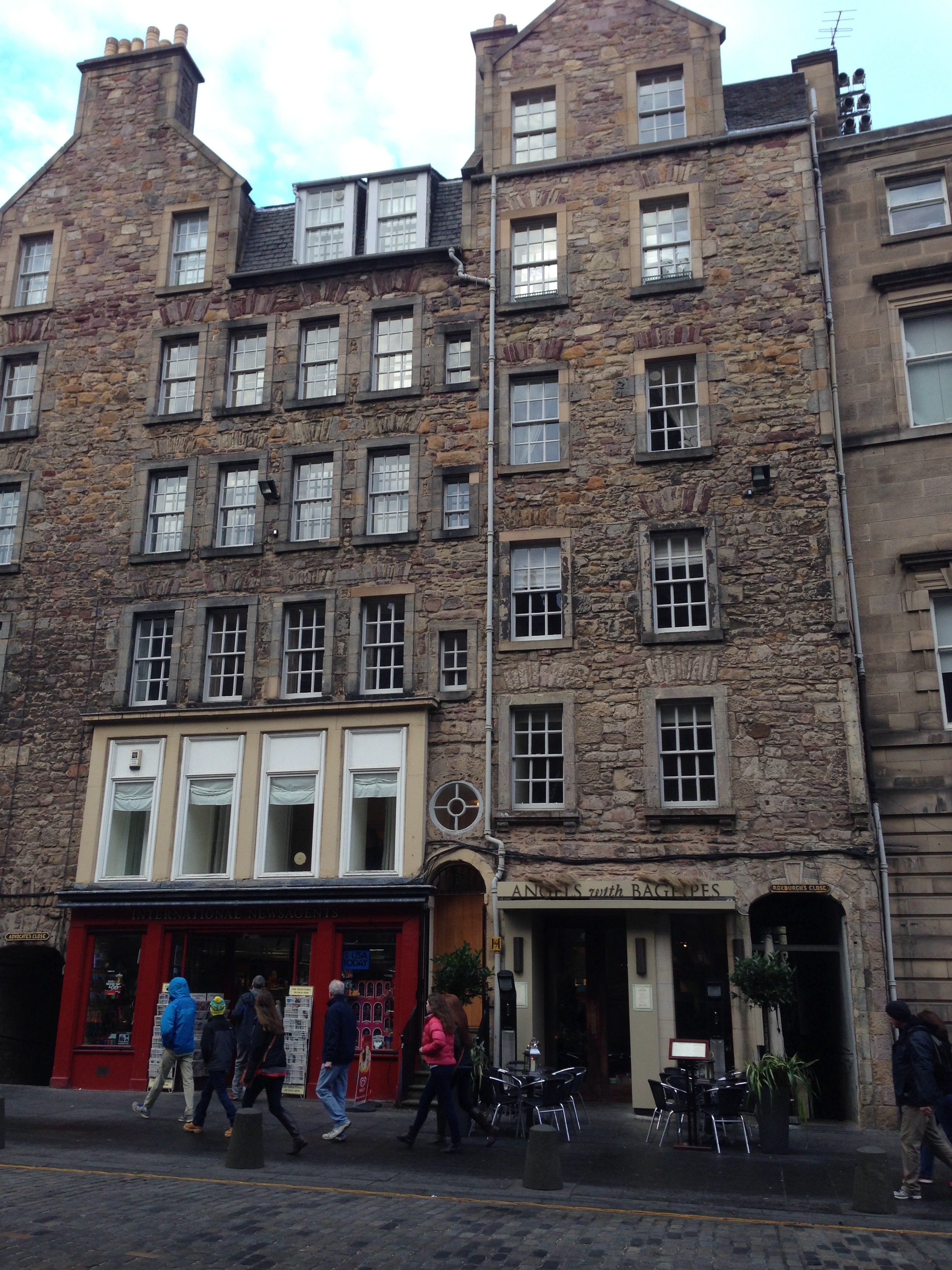 Over the centuries, the buildings have remained, and the businesses have snuggled inside. Remodeling (or “re-furbishing”, as they term it) works around the stone structures. The roads can’t be widened, obviously, so traffic is very difficult. 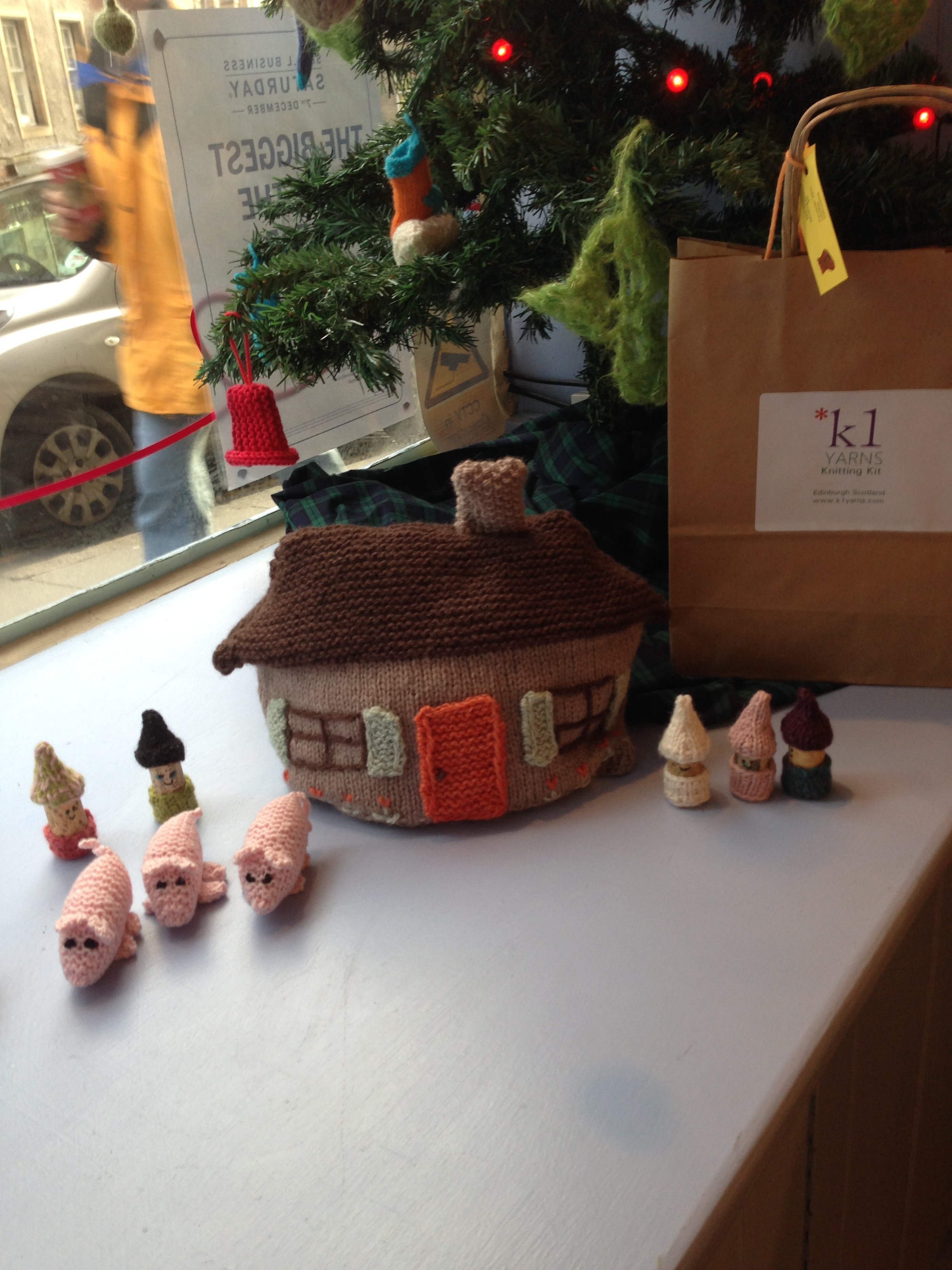 Lovely farm scene in the window of the K1 yarn shop 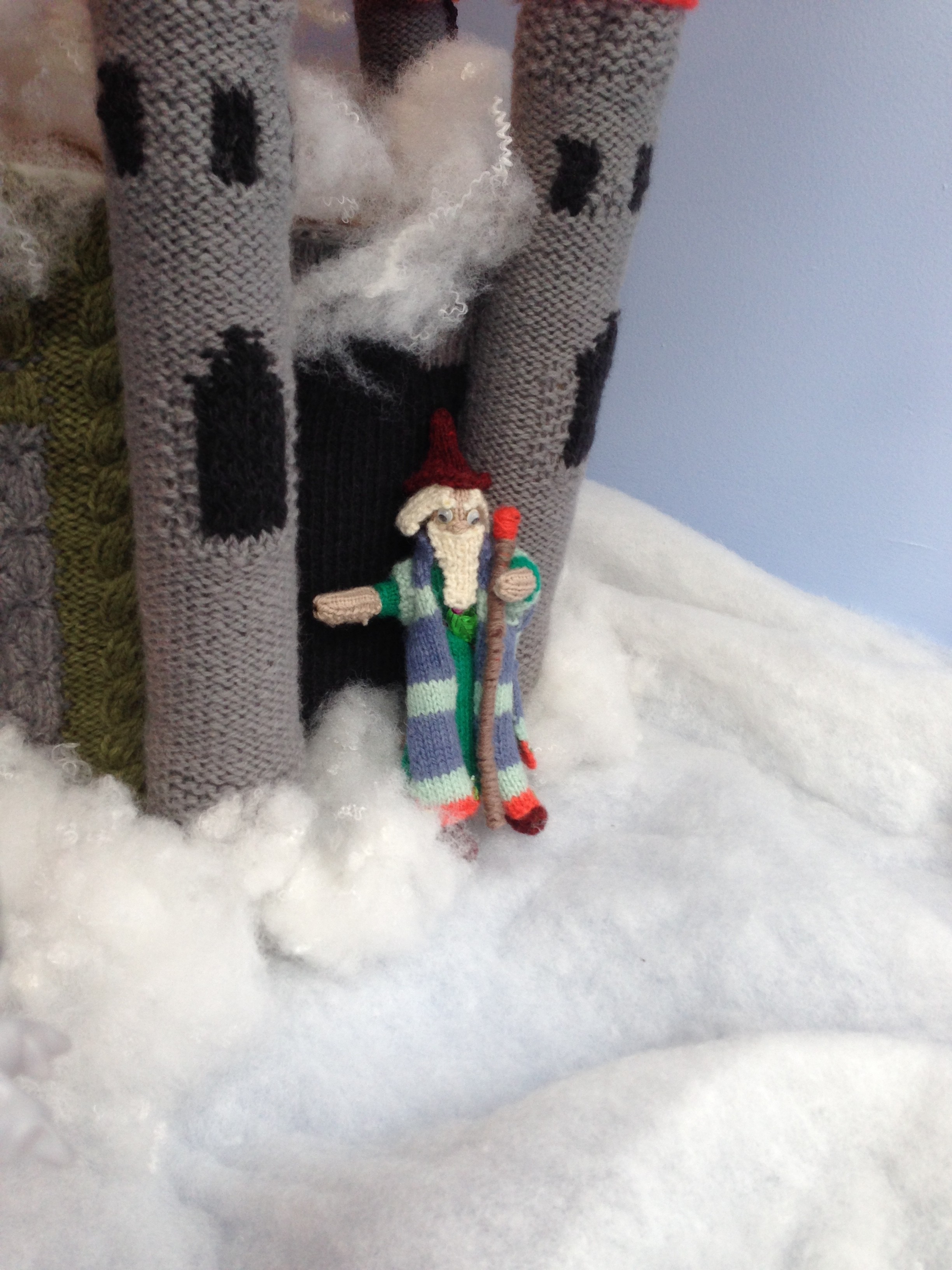 In the K1 Yarns window, Merlin greets you! 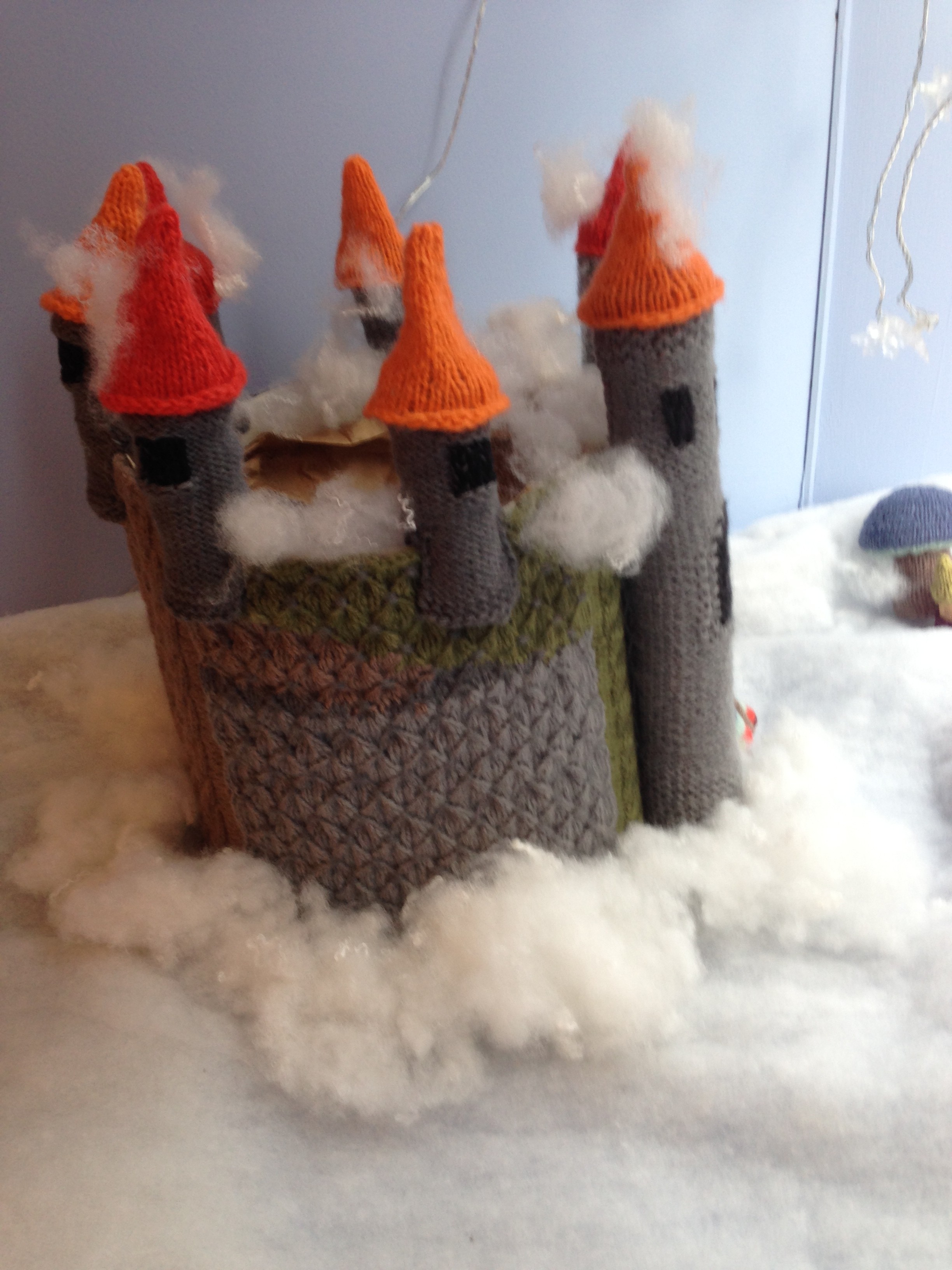 The back of the castle. Just as interesting as the front, as in real life! 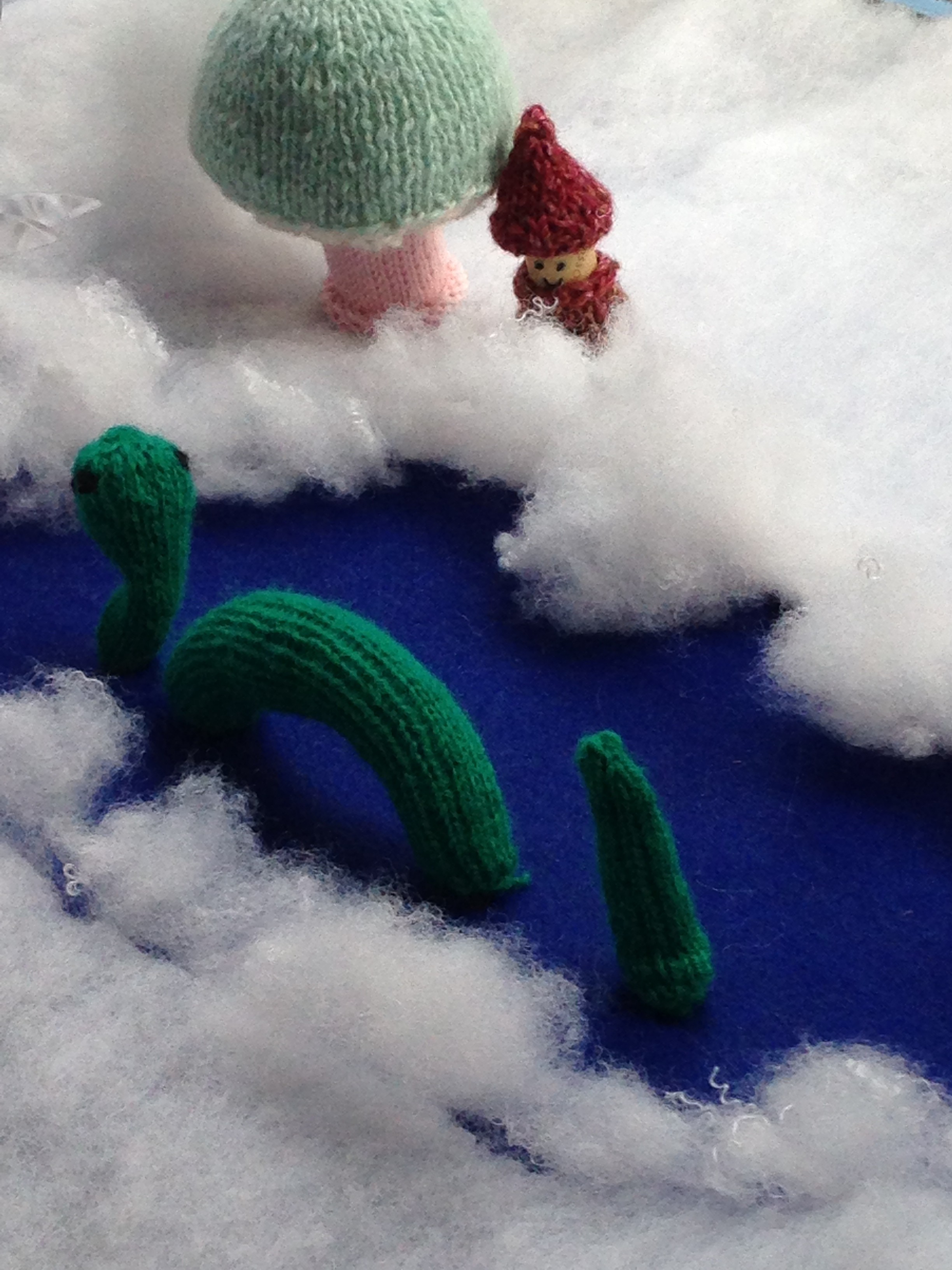 At the K1 yarn shop in Edinburgh, a knitted Loch Ness monster

We came across the Edinburgh Farmer’s market, which was fascinating. They would fit right into Portland 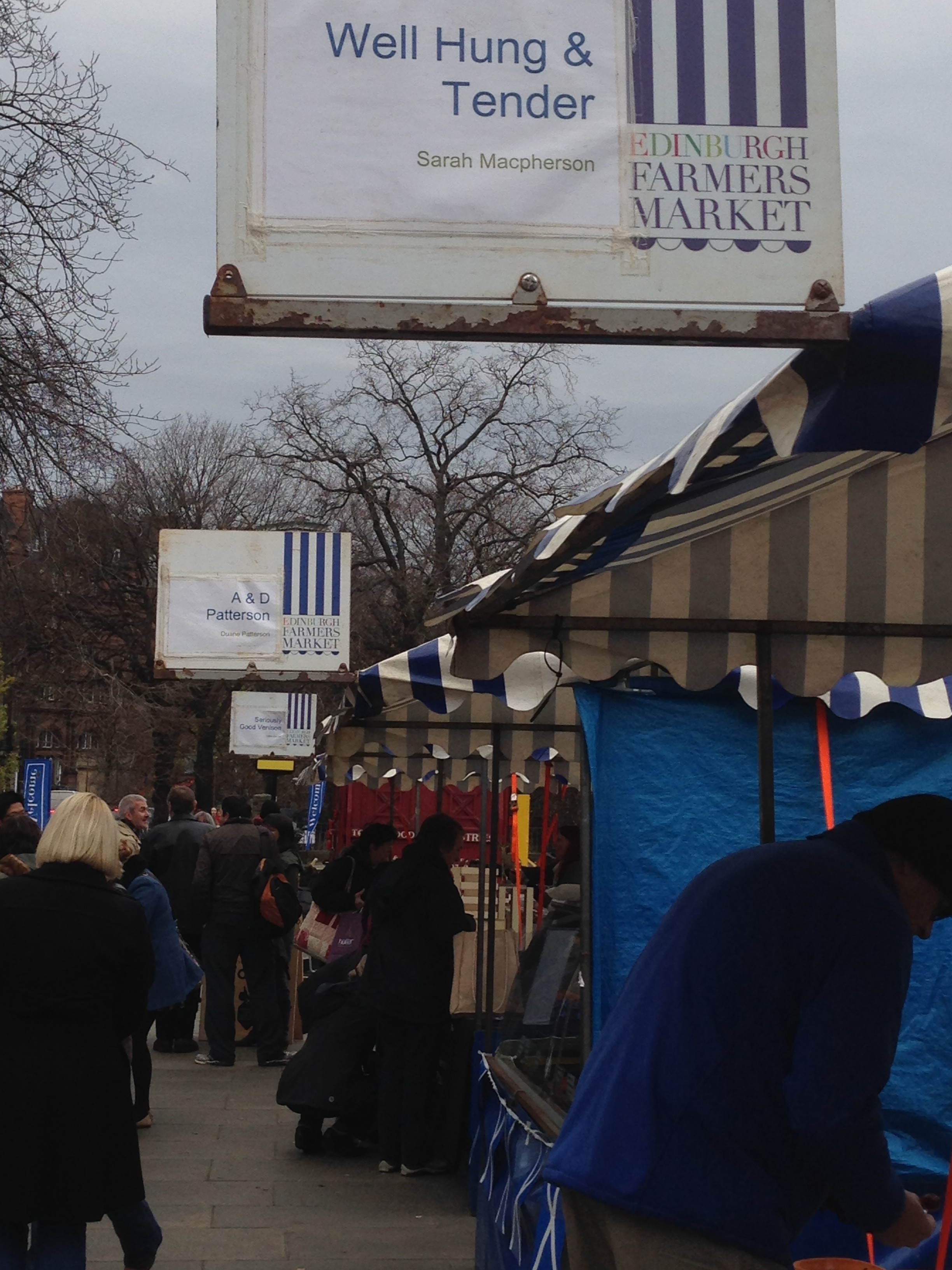 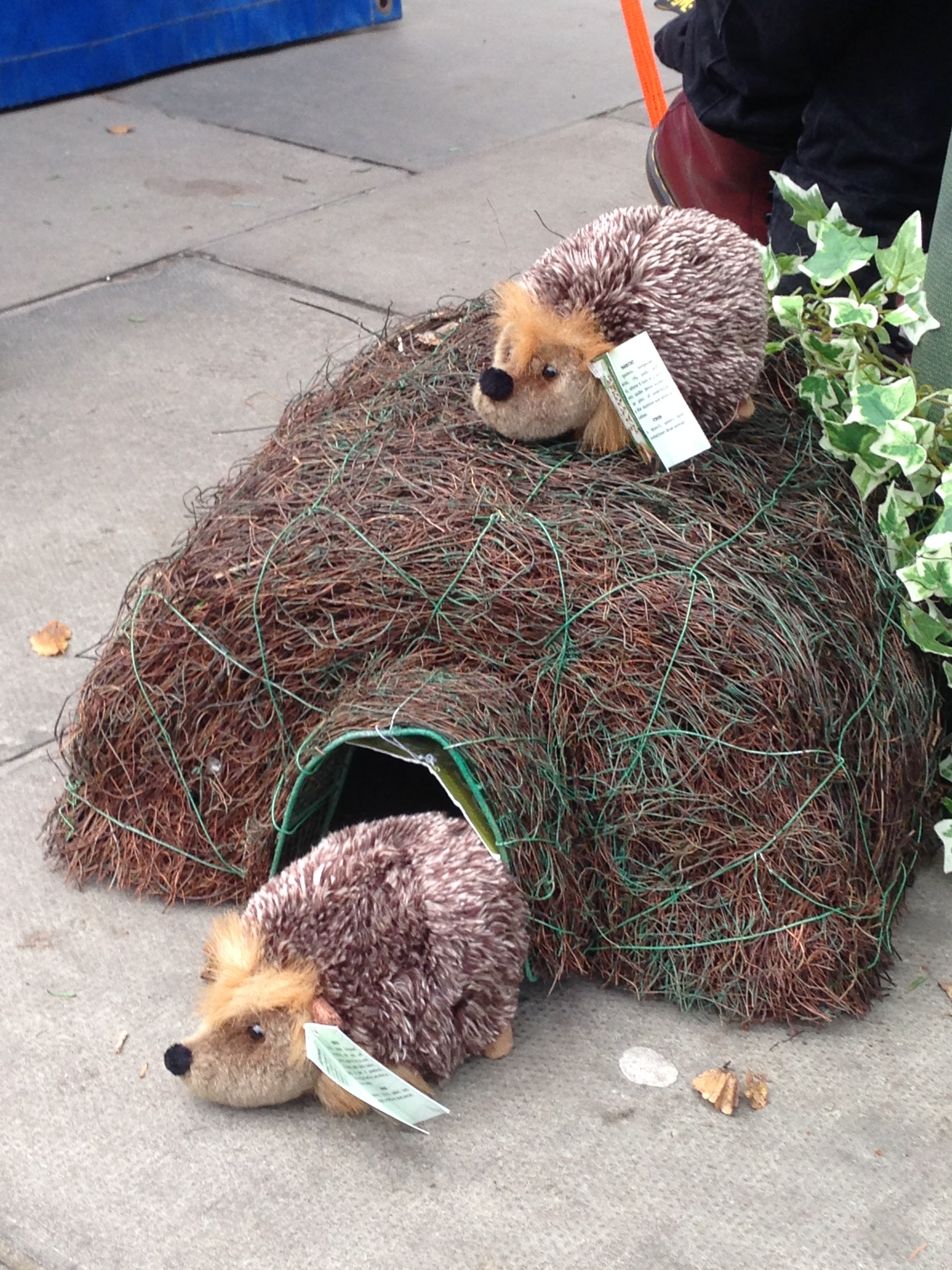 At the Edinburgh Farmers Market, a booth encouraged people to set up hedgehog habitats. Apparently there is a significant hedgehog population that needs places to live.

By lunchtime we were cold and ready to sit down for a bit, so tucked in at Henderson’s Cafe for some soup and tea. 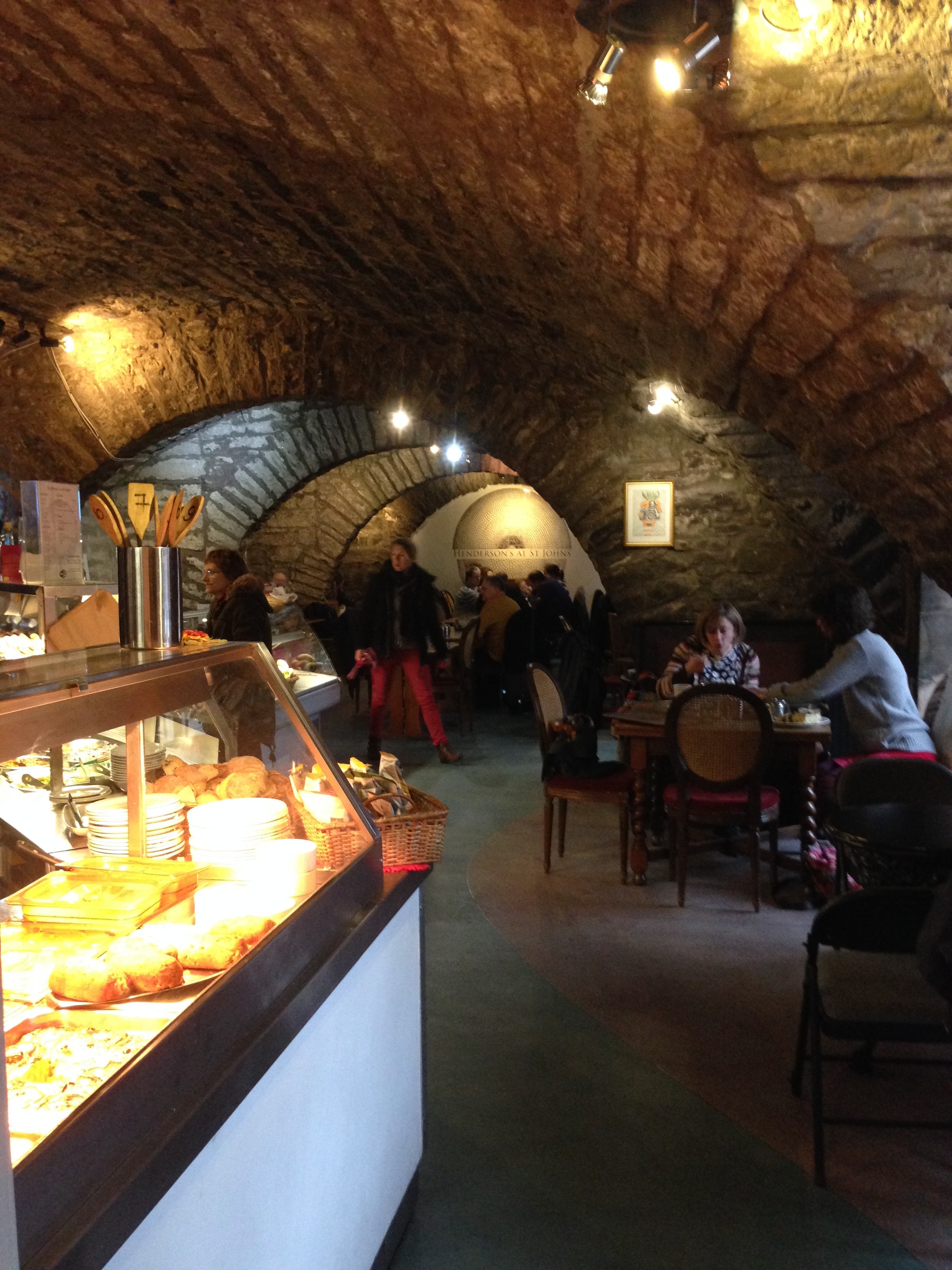 A vegetarian cafe snuggled under an Edinburgh street. Mushroom, brie and leek soup, and hot tea were just the ticket for lunch.